Following is a short list of common cat illnesses, but there are many more and the list is being added to all the time. The vast majority of chronic or serious health problems can be avoided when you find out what is causing them. 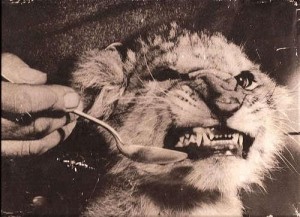 Upper respiratory infections are common in cats who have a compromised immune system, but in themselves are simply a nuisance. They resemble those that we suffer with, such as runny nose, eye discharge, sneezing and possibly a sore throat. The last item can be guessed if your cat wants to eat but doesn’t or only does slowly, as swallowing is painful. The voice may change too, just as ours does.

Cats know how to deal with these problems themselves and quiet rest is often the best medicine.

Urinary tract infections are common in cats because the renal system is cats ‘weak link’, their achilles heel. Most symptoms are very painful as anyone who has suffered from this can testify. Kidney or bladder stones are said to be one of the most painful conditions to have. Cystitis or burning urine is also highly unpleasant.

Kidney failure is the chronic effect of the above condition. It can take years to develop as the kidneys slowly deteriorate. But you may become suddenly aware of a very sick cat.

Diabetes is on the rise in cats, just as it is in people, for one very good reason, which is explored later. Although this may present as a gradual deterioration rather than an emergency, it is still a serious problem. Thirst and urination are increased, weight loss despite a good appetite occurs, lethargy and an unhealthy coat develop.

Feline distemper, also known as feline panleukopenia, is a serious problem. The cat has severe vomiting and diarrhoea, is lethargic and listless. These symptoms are similar to other problems, such as food poisoning, but they don’t abate. As feline distemper is a virus, there is no veterinary treatment.

Cats will always be aware of an approaching health problem, long before we are, so its always a good idea to sense the early signs and think what could be behind them. Although there is a growing list of cat illnesses according to veterinary medicine, they actually all have only a few causes.

You may be ridiculed for even entertaining the idea. Exactly the same applies to your cat’s health, although no conventional veterinarian is prepared to consider this idea. To me, the logic is obvious.

There is no problem to solve when the truth is revealed.

Your cat cannot ‘run’ on commercial cat food. Even the ‘best’ (ie the most expensive) is made of poor quality ingredients that your cat has not evolved to eat. Processing further lowers the quality. The right nutrients for optimum health are either missing or are in a synthetic form. Certainly they don’t cause an immediate, acute, problem, so are declared as safe and healthy.

But they do slowly eat away at your cats immune system. Organs slowly deteriorate, Infections become more common. Energy drops off. Your cat looks unhealthy, obese or too thin.

Do these ailments need medicine? Possibly, but the cause must be addressed before you will see any real and lasting results.

Learn to avoid cat illnesses, by feeding your cat a healthy diet.

« Previous Post Cat Health Advice – Who Should You Believe? Next Post » Cat Supplements – Are They Necessary For A Healthy Cat?