Cat vaccinations are considered by many to be the right thing to do. Perhaps even, that not getting them done is tantamount to negligence. But as the global discussion of vaccination gains momentum, more and more independent, scientific reports are coming out into the limelight about the complexities of the damage they inflict. 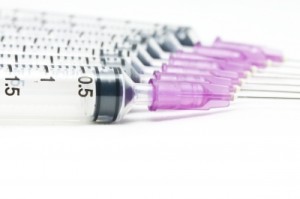 Damage to someone’s health by vaccination is termed vaccinosis. This has been known to homeopaths since the first vaccine.

Vaccines are sold to the public on the premise that they prevent disease. This is clearly not the case when you consider the past few years events of typical childhood diseases such as whooping cough and measles occurring in epidemic proportions in vaccinated children.

Whilst many would love you to believe that it is the unvaccinated children causing these epidemics, this turns the pharmaceutical logic on its head. They are selling the vaccines to PREVENT disease. If epidemics are occurring, clearly they don’t. So this claim must be untrue.

So vaccines can give the recipient the disease it is claiming to protect against. Not just the odd person or animal. In epidemic proportions.

A properly functioning immune system works by a series of defense mechanisms. Pathogens enter the body through orifices of the body such as the nose and mouth. The mucus in these orifices immediately react to the entry of the pathogen. If it is unable to resist, the pathogen will travel down through other levels of defense.

Symptoms can be absent (in a very healthy immune system) or of a purging nature, such as fever, sweating, vomiting, increased mucus secretion, inflammation, diarrhoea. This is nature’s way of ridding the body of the pathogen. Once the patient has recovered, they will be stronger and more mature (in the case of young ones). You might call it a growth spurt.

When these natural defense systems are prevented from working, such as with the use of medicines to lower the fever or to dry up the secretions, the body is unable to prevent entry of the pathogen. This not only lowers the immune response of the body, but also means a pathogen is engrafted into the body, waiting to appear in the right circumstances.

When this natural immune response of the body is by-passed, such as with a vaccine, the body is not able to defend itself against the vaccinated ingredients. Sometimes this results in a low grade chronic disease that the body is unable to eradicate.

The use of toxic ingredients in vaccines cause a myriad of other problems. Thimerosal contains the heavy metal mercury and is used as a preservative. Mercury is a known neurotoxin. So neurological symptoms are the common result of mercury poisoning.

Aluminium, used as a booster to vaccines with killed virus, is also a known neurotoxin.

Formaldehyde is considered a carcinogen by many. It is also found in most commercial pet food.

Phenol, a poisonous substance from coal tar, unable to be processed efficiently by cats in particular, is used.

Cells from other animals are used in the culture of viruses. Cross species tissue contamination can cause all manner of unknown problems.

Cat vaccinations are no different from any other vaccines. The poisons which remain in the body after vaccination cause the body to release a perpetual supply of free radicals that are looking for a disease to kill. Free radicals are known to create major health problems.

The additional problems of vaccinating cats with multiple diseases at one time creates an enormous additional overload for the cat. Sometimes this is even done during surgery, further burdening the cat’s system

Annual boosts are not influential in preventing disease. They simply burden your cat more.

Cat vaccinations are not all the media and vets like to proclaim. In my opinion, the risks are far more damaging than any possible benefit. You would do far more good if you focussed on ensuring your cat has a strong and healthy immune system. THAT is the best way to fend off disease.

A strong immunity can be developed by a good, natural diet and the use of holistic medicines, such as homeopathy, for any health disorder.