Few people know any of the causes of ill health in cats, including veterinarians. Pet food is one of the greatest problems to cat health. 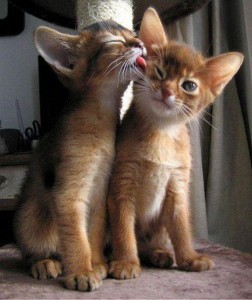 Pet food recalls happen so regularly, it’s difficult to keep up with them. And since vets tend to sell many of these foods, they don’t always make the link between a sick pet and the food they are given.

The thing is, vets are taught to prescribe drug X for condition Y. They are not taught to think of possible causes. So it’s up to you to ‘think outside the square’. Always, always, first look for the cause of an illness.

Here are the most common causes of ill health in cats, that your vet probably won’t consider.

Doubtless there are many more pointers towards ill health in a cat, but these are the main ones. Your vet may not know how to be a detective, but you should, for the benefit of your beloved cat.

Natural cat health is all about working out the best and healthiest way to feed and care for you cat, but within normal restrictions of time and money that most people have.

Feeding your cat a home made, fresh diet is not anywhere near as difficult or time consuming as you may think. But you will need help in working out the right balance as well as convincing your addicted cat to real food. Naturally Healthy Cats can get you on the right track within minutes.