Renal failure in cats has become very common. It wasn’t always. But with the advent of the commercial cat foods a few short decades ago, and the aggressive push by the veterinary industry to overmedicate their patients, it has become an epidemic. 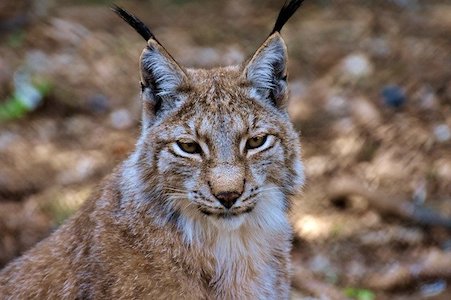 This means, the culprits are right there – in the words you just read.

It isn’t comfortable for people to suspect the health provider of their choice. Especially for their beloved cat. They generally hang off every word that is said to them. I know because of the comments and emails I receive. When a vet tells them something, they believe it absolutely, without question and without looking at the logical sequence of events.

So, there will be raised eyebrows, at the very least, in many reading this. So let’s go diving.

I doubt if there is anyone alive, who has a grain of intelligence, who disagrees with the fact that cats are carnivores. A carnivores MUST consume animal protein to stay alive and healthy.

A wild cat is adept at hunting and survives very well on hunting small animals. The whole animal is normally consumed, except for an excess of fur or feathers.

The bones are crunched up, which helps to keep the teeth clean and the gums healthy. The meat contains muscle meat and a little organ meat.

Cats have thrived on this diet forever.

Now let’s look at the ingredients of a well known (prescription) packet of commercial cat food aimed at helping cats with a urinary tract issue. Bear in mind the ingredients are listed in order by weight.

Why is a carnivore being fed corn, corn gluten meal, wheat gluten and wheat, the combination of which may add up to a very large percentage of the ingredients?

Don’t you think this would contribute to renal failure in cats? Of course it does. When you feed an inappropriate diet to anyone, it may keep them alive, but it doesn’t keep them healthy. Cats are very vulnerable to two really serious, chronic destructive diseases that the veterinary industry has no ability whatsoever to treat. One is the renal system.

They don’t even realise they are causing the problem.

Feeding a cat a largely plant based diet, or even a regular amount of plant based foods, contributes to renal failure and everything that comes before that. So take any mild urinary tract problem your cat has, or has had, as a wake up call to change the diet.

Cats are simply not equipped to deal with the alkaloids, phenols and other poisons found in plants, that omnivores and herbivores have no problem with.

And that’s just the beginning of the problem with commercial cat food.

In our upside down world we live in today, money is the sole motivator in almost every industry. People will often do anything to save their cat. So the industry doesn’t just cater to this, it spreads misinformation that can never be verified, simply to frighten you into spending more money with them.

And it has worked so well, that now people DEMAND antibiotics, etc for conditions that the vets know full well will heal on their own.

People are suckers for the idea of yearly check ups, which do nothing for your cat’s health, but boosts the industry’s economy.

The truth is that cats who are fed a fresh, balanced, raw food diet rarely get sick. It isn’t just that they rarely develop renal issues, they rarely develop ANY issue. Can you imagine if everyone was on board with this idea? Not only would the cat food industry collapse, so would a large percentage of vets.

So if you are keen to avoid, or heal, renal failure in cats, feed them like their wild cousins. Your cat may take time to adjust, but it is time well spent for the rewards you’ll see.

« Previous Post Heart Disease In Cats Is On The Increase Next Post » What Is The Healthiest Cat Food?