Many people are confused about some of the proposed procedures recommended by a mainstream vet. One big one is, should you vaccinate your cat? Certainly it’s a very fashionable idea to do so, but what what does the (real) science say?

Repeated vaccines can be the cause of many more problems.

What’s The Idea Behind Vaccines?

Quite possibly, there was a noble idea behind the original idea of vaccines. Imagine what Europe was like in the 1800s, for most of the population.

So you can appreciate why some caring MDs were looking for ways to help the struggling families. They couldn’t change the system, so another way was needed.

Fast forward to today, and most of those conditions no longer apply. When you look at independent research on when people stopped dying from infectious diseases, it occurred when the diets became more nutritious and when sanitation improved. NOT when vaccines were rolled out, which came later.

But the connection was made by the marketing agencies on instruction from the drug companies.

These infectious diseased do still exist, but at a much lower level. They are often re-named for political purposes. For example polio is now acute flaccid paralysis.

As people were now used to the idea and were now in a better position to care for their pets, the idea was extended to include our four legged friends.

But, meddling with nature always causes more problems than they are supposed to prevent.

What’s Wrong With This Idea?

The innate immune system in cats, or anyone, is already perfect. Nature knows what she’s doing. Cats, along with us humans and every other life form, have managed to survive the odds against being eliminated for quite a while. Long before the advert of vaccines. We’re all still here, unlike the dinosaurs.

However, the immune system cannot work efficiently if we don’t give it the right environment to do so. Just as in the labourers of Europe a few centuries ago, ill health is sure to arise in cats if the environment is not supportive.

What is a supportive environment for cats?

Much the same for anyone.

It’s includes, at a macro level:

Even when you just get one aspect right, (the diet is especially important because commercial cat food is sooo bad) you’ll go a long way to having a healthy cat.

So when you ask yourself the same question that brought you here, should you vaccinate your cat, you may now feel it may not be necessary.

It isn’t for me to tell you what to do. However, as a homeopath who always looks for causes to poor health, it would be remiss of me not to point out what I have gleaned over my years of practice.

I encourage you do your own research. Make sure that the information you come to trust doesn’t have a vested interest.

This short podcast by a veterinary homeopath is well worth your time.

Some states and some countries may have a legal requirement for the rabies vaccine, for example. Just make sure that you check out your local government website for what is required before taking action. Vets often exaggerate and don’t keep up with the latest laws.

If you do vaccinate your cat, my recommendations are not to do so when they have an existing health challenge. Even the insert tells you this. Vets often don’t know this. Surgery ,including sterilisation, also comes under this heading, as there is a healing time period, often beyond the more obvious physical healing.

You can also reduce any damaging effects by consulting a professional homeopath or homeopathic vet for treatment before and after the vaccine.

Should you vaccinate your cat? It’s always your decision. But try to weigh up the pros and cons before doing so. It’s an intelligent thing to do and shows you take your responsibility seriously. 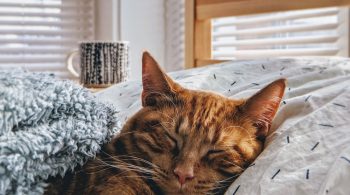 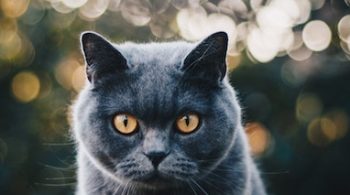 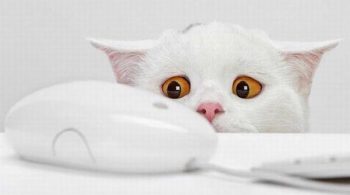