Loss of balance in cats is not a common problem, but it can be a serious one. It recently happened to one of my cats, Rouack, so I thought I would share the experience with you. 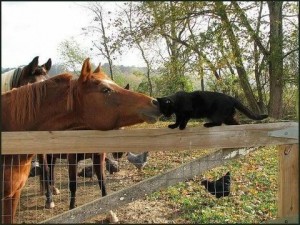 If you have been following my blog posts for any length of time, you will be aware that I feel a quality, natural diet is a priority in cats. As I practice what I preach, I could almost definitely rule out diet as the cause of the problem. I say almost, because he is overweight.

Cats aren’t naturally overweight. And I ensure those in my care are trim. Not thin, but a natural cat weight. He doesn’t hunt. There is little need for cats on a natural diet to do so as all their nutritional requirements are being met. So I concluded that Rouack is finding food left out for the neighbouring cats. Don’t you wish people wouldn’t do that?

Loss of balance in cats, as in anyone can be an indication of an ear problem. This is probably the most common cause. But Rouack’s condition accompanied a head tremour and a sudden loss of appetite.

Because we can’t ask our animals how they are feeling, or what they feel the cause is, animal practitioners generally have to keep trying various treatments until they hit on the solution. Veterinary tests can help, but they can also be misleading.

Another problem practitioners have is whether or not to hospitalise the animal. Separating your cat from your family when they are down is one of the most traumatising things you can do to them. Strange surroundings are frightening. The staff may not be as sympathetic or sensitive as cats need. The stress of other animals is all about them.

But sending the cat home before they can be observed fully can give the practitioner an incomplete picture. It’s a dilemma that cannot be resolved. So those animals of practitioners, may have the best deal! We can observe them, and they remain at home.

I treated Rouack for slug and rat poison, more to rule them out than because the evidence was strong. It made no difference. He deteriorated. Now he couldn’t stand or walk. He had tremours all over. But he hadn’t any extremity numbness. You can tell this by squeezing a little hard on the feet. They will pull away if there is no numbness.

He slept most of the time. He had little interest in anything. I syringed drops of water into his mouth, just to keep him hydrated while I observed him. He responded a little to a couple of different homeopathic remedies, but after three days, I really felt he was on his way out.

Looking through my books, considering the remedies that had helped a little, observing his symptoms including the deathwards direction he seemed to be heading in, I had an inspiration to try another remedy that has a strong focus on nerve problems.

His reaction was encouraging, so I stayed with the remedy. I had to change the potency and dosage, to match his improvement, but within a few days he was drinking and eating again.

I don’t try to label the condition he had. This practice is reserved for the medical and veterinary establishment who look at parts of the body in isolation, instead of the whole patient.

His condition was undoubtadly serious and he was definitely on the decline. Now, he still has a little way to go, with perhaps a change of remedy before he is fully back to normal. But now he can get out of his sick bed, the couch, use his litter tray, come into the kitchen for food, go back to the couch all normally, all without any hint of a tremour, even if a little slow.

Treating the loss of balance in cats, or any other condition for that matter, may be a slow process, with several consultations, many phone calls and sensitive observation on your part. This is especially so when treating your cat homeopathically. But the outcome can be far more favourable than with any other treatment.

« Previous Post Cats With Gingivitis – Causes and Natural Treatments Next Post » Natural Cat Health – It Is Impossible To Beat! 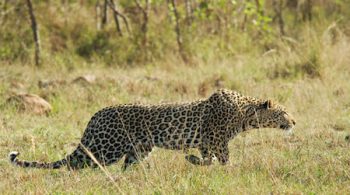 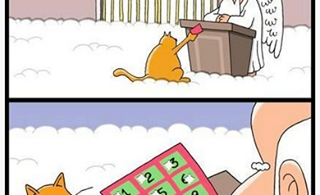