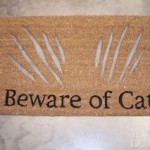 Recently, I was making enquiries about sterilising cats, as I had a young female cat who was due for this deeply invasive surgery. Female sterilisation is a horrible process at the best of times, in the complete removal of the whole reproductive system. In males, it isn’t quite so drastic, with only the testes being removed.

Any proponent of natural medicine will tell you that there is more than just the physical to a life form and all her/his internal organs. In Chinese Traditional Medicine, each organ is matched to an emotion, and it’s so easy to see the connection. The liver is related to anger. Even our language can relate to this – to be liverish is to be irritable. The kidneys are the focus of fear, where adrenaline is released in a fight or flight situation.

What are we doing to the animal when we remove the organs? I have always sterilised my animals in the past, because I don’t want an endless supply of kittens and puppies. But there must be a better way.

I asked around if there is a way with homeopathy, but couldn’t find much on that.

When I approached a couple of vets about a partial sterilisation (removal of just the ovaries or the uterus), I was met with a strange argument. It goes something like this – the uterus is always removed because a female cat may get pyometra. Pyometra is a discharge from the uterus which may indicate uterine cancer.

The ovaries are removed to prevent the animal coming into season as it is considered to be psychologically confusing for the animal not to be able to breed.

It is not uncommon, under the current tyranny of fear, to have an organ removed ‘in case’ you get cancer in said organ. It’s good business for the surgeon, but is it good for your health, or your cat’s? Surely it is better to look at the causes of the problem and rectify that? Are smokers advised to have their lungs removed ‘in case’ they get lung cancer?

One of the main reasons cats get cancer is their diet. It’s not just me who thinks this. Dr Pottenger of the 1930s discovered that all the chronic diseases in cats were the result of diet. Your vet supplies you with (and profits from) the very food that causes chronic illness (and so a second profit is made). Holistic vets will always get you to make the diet change (and so lose out on sales) as a priority.

The idea of psychological problems arising from an inability to breed is undeniable. But that will occur whether or not there is the where-with-all to do so. So in addition, there is also the psychological problems from having the organs removed, from disrupting the natural flow of energy. Just because we can’t see any problems, doesn’t mean there aren’t any.

For exclusively indoor cats, it seems a completely unnecessary, not to mention expensive, exercise. However, that does mean you will have the antics of your cat in season yowling for a mate for a few days every few months.

It’s interesting to note that the common side effect of sterilisation is a skin eruption. George MacLeod, the first English vet to turn totally to homeopathy after his health improved immeasurably under it, advocates routinely the remedy that is used for suppressed anger.

If cats have suppressed anger from sterilisation, this is in addition to the interruption of the natural flow of energy (or chi) as well as the psychological effects of not being able to breed.

Of course, most cats with this eruption will then be treated with steroids, rather than addressing the anger, setting up yet another problem.

I don’t know what the best answer to feline birth control is, and it will vary depending on the cat and what their person feels. But I do know that the present solution of sterilising cats is far from perfect.