Natural cat health is all about showing you the best (which are oddly the most economical) ways to support a healthy cat. This has the potential to allow your cat to live a long and trouble free life. 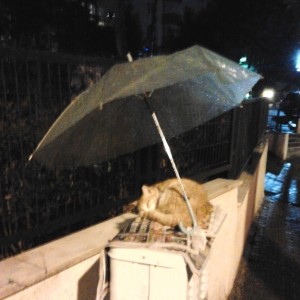 To be able to achieve this lofty goal, you need to be aware of why this is the best way. In this article we discuss the fungus aflatoxin in cat food, which is currently gaining unpopular notoriety.

Aflatoxin is a fungus. It is a product of the fungus Aspergillus flavus. A. flavus is what is known as a saprophyte, which simply means it gains its nutrients from, or it consumes, dead or decaying material. This is an essential part of the natural cycle of things. It causes little damage as long as it remains in the proper environment.

Aflatoxin is part of the sub group of mycotoxins fungi. These are known carcinogens, can cause liver damage and are part of the group that are used in biological warfare. Best left well alone!

If aflatoxin is consumed in large amounts it can produce acute and chronic toxicity. When consumed in small amounts over a long period, it can cause cancer.

A flavus is common the world over. Its primary target is damaged crops, as it can’t grow in healthy crops. A flavus is also known as a mold.

The manufactures of commercial animal feed use the waste products and the products that are rejects for human consumption. This is much cheaper than buying quality products, which is mostly sold for the more lucrative human market.

So they buy up cheap and infected crops and use them in animal feeds. You might ask what are crops doing in your cat food? This is a great question, because cats are carnivores and don’t eat plants except medicinally.

Well, meat is expensive, so if you can substitute meat for a common crop, you save money. Or make more, depending on how you look at it.

There are several commercial cat food brands who are currently recalling some of their products. Obviously this comes after having the food tested. You could ask, if this is so dangerous, why isn’t each batch of food tested?

So how do you know if your cat food contains aflatoxin? You don’t. Not unless you make it yourself.

Many of these symptoms are common with other diseases, so a veterinarian can easily make an incorrect diagnosis. Whatever the diagnosis, your cat will be much healthier if you avoid commercial cat food, and make your own. Natural cat health shows you how to do this easily.

Avoid aflatoxin in cat food! Make your own!