With people turning to a healthier vegan diet for themselves, there is now a market for vegan cat food. But can you feed a cat a vegan diet without getting complications? Does a vegan diet provide natural cat health? 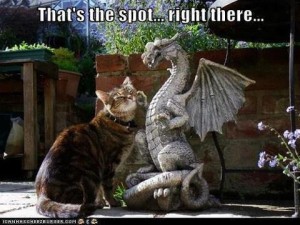 The simple answer is no. in fact NO, NO, NO and NO!

You need to understand where a species evolved from to appreciate the best food for them. First let’s look at human origins.

Except for a very few isolated groups of people, people have evolved on a high plant food diet with a little animal food. So to return to that diet is going to be very healthy for you. Humans are known as omnivores, a group capable of eating food from both plants and animals.

But it isn’t that simple. The omnivores tends to gravitate either to the carnivore end or the herbivore end of the group. You can tell which end any species is by various body parts. For example, human blunt teeth look very much like horses’ teeth indicating a herbivore diet is more appropriate.

Cats’ spiky teeth are perfectly adapted to catching and holding prey as well as chewing through tough skin and crunching up on bones.

There is also a big difference in the saliva and the stomach acid between herbivores and carnivores. Meat eaters need a more acid pH, whereas as herbivores don’t need such strong acid.

Cats are known as obligate carnivores. In other words, without meat, they cannot survive. And they may have a variety of severe illnesses before an early death. Typical illnesses that occur initially are diabetes, GI problems, obesity and urinary tract problems. These will create a domino effect, to be followed by more serious illnesses.

Cat vegan food (incidentally along with most kibble) is very high in carbohydrates, a source of food alien to a wild cat. The only carbohydrate a cat will eat naturally is the stomach contents of their prey, which is a tiny amount compared with the rest of the prey. And plants may be grazed occasionally for medicinal purposes.

Can you feed a cat a vegan diet? Absolutely not! You can benefit immeasurably from a vegan diet, but your cat will become very sick. Discover the best diet for naturally healthy cats.